Forum → It's not all about travel

What are you reading?

Picked up an old book we have at home, I have Umberto Eco’s The Name of the Rose. Have not read him before but heard the name, didn’t realise it was his first novel. Also, browsing through this can’t really apply anything and I’m anticipating it will be for a long time, but neat knowing a few bits like everything starting with a beer stand for Marriott. I’m lining up Arundhati Roy’s The God of Small Things next and a few more suggested articles I saw on this forum.

Love all lJames Patterson’s books, Steve, so will look out for that when our charity shops open again (I’m a cheapskate!).

As always with this series a compelling and easy read. 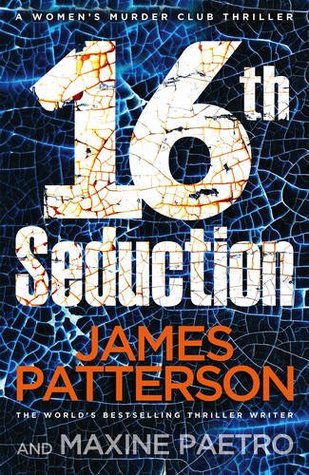 Synopsis from Goodreads:
Fifteen months ago, Detective Lindsay Boxer’s life was perfect—she had a beautiful child and a doting husband, Joe, who helped her catch a criminal who’d brazenly detonated a bomb in downtown San Francisco, killing twenty-five people. But Joe wasn’t everything that Lindsay thought he was, and she’s still reeling from his betrayal as a wave of mysterious, and possibly unnatural, heart attacks claims seemingly unrelated victims across San Francisco. As if that weren’t enough, the bomber she and Joe captured is about to go on trial, and his defense raises damning questions about Lindsay and Joe’s investigation. Not knowing whom to trust, and struggling to accept the truth about the man she thought she knew, Lindsay must connect the dots of a deadly conspiracy before a brilliant criminal puts her on trial

All this fake news nonsense is becoming very tiresome.

That one’s next on my Scarpetta reading list Gill. Would you say its not worth reading then?

AS people turn to a good book in self isolation the BBC report that “surprisingly, fictional accounts of epidemics are in great demand.” I would have thought this was the last thing anyone would want to read as they rarely turn out well for all but the hero and/or heroine They say that at “number two in Amazon UK’s chart of most sold books of the week is The Eyes of Darkness by Dean Koontz. Although it was written in 1981, it describes a virus called Wuhan-400, in what appears to be an uncanny prediction of the coronavirus.”

Oh no, Steve – it’s still a very good read – just me that likes every detail sorted!

There has been fake news on social media regarding this book. It shows a page, with lines underlined in red ink, that are much more graphic in the description, but is not the true page which you mention. There’s also a video going round about a drama series on Netflix, in Chinese but with subtitles, shown quite a few years ago, which also accurately describes the virus. But as to whether the subtitles are accurately translated………who knows.

That one’s next on my Scarpetta reading list Gill. Would you say its not worth reading then?

AS people turn to a good book in self isolation the BBC report that “surprisingly, fictional accounts of epidemics are in great demand.” I would have thought this was the last thing anyone would want to read as they rarely turn out well for all but the hero and/or heroine

They say that at “number two in Amazon UK’s chart of most sold books of the week is The Eyes of Darkness by Dean Koontz. Although it was written in 1981, it describes a virus called Wuhan-400, in what appears to be an uncanny prediction of the coronavirus.” 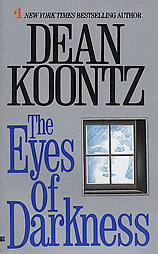 Just finished The Book of the Dead by Patricia Cornwell – a writer renowned for meticulous research and good plotlines.
Personally, I thought it ended a bit abruptly – would have liked more i;s dotted and t’s crossed.

A gritty tale of this Austrailian Detective’s adventures in the outback. Good easy reading for poolside or isolation. 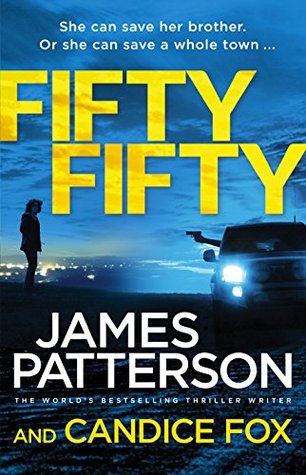 Goodread’s synopsis
It’s not easy being a good detective – when your brother’s a serial killer.
Sam Blue stands accused of the brutal murders of three young students, their bodies dumped near the Georges River. Only one person believes he is innocent: his sister, Detective Harriet Blue. And she’s determined to prove it.

Except she’s now been banished to the outback town of Last Chance Valley (population 75), where a diary found on the roadside outlines a shocking plan – the massacre of the entire town. And the first death, shortly after Harry’s arrival, suggests the clock is already ticking.

Meanwhile, back in Sydney, a young woman holds the key to crack Sam’s case wide open.

If only she could escape the madman holding her hostage . .

Archangel One by Evan Currie

Tried something different as it was a freebie. It was a bit of a plodding read really, never really got going in my opinion. Seemed very much like a long winded scene setter for a more involved series. Some interest but never really created any suspense or drama so can’t recommend it to anyone. 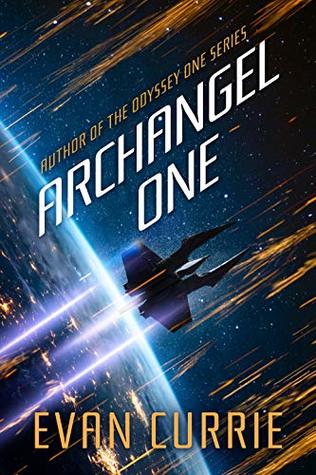 “An elite squadron must go undercover behind enemy lines in this thrilling new space adventure from the author of the Odyssey One series.

Humanity has reached an uneasy truce with the Empire—but unless the allies bring the fight to the enemy, extinction is all but assured. In preparation for the inevitable next war, Commander Stephen Michaels is at the helm of the Archangel Squadron, and his orders are simple: go rogue.

Disguised as mercenaries, Commander Michaels and the Archangels seek valuable intelligence on their imposing foe. Their mission takes them deep into uncharted territory, where they make inroads with the Empire, fiercely guarding their true identities and purpose. Fighting for the enemy goes against everything they stand for, but these are desperate times.

As their deception increases, so does the risk. With the Empire’s deadliest secrets within reach, Commander Michaels and the Archangels accept a mission that will take them even deeper into the Imperial fold. They know all too well that one wrong step won’t just end their lives—it could end their entire civilization.

‘The Virgin Queen’ by Philippa Gregory, as always well-researched and interesting.

Cruzeroqueen1
Albox, Costa Almeria, Spain
880 Posts
This thread is locked. This means you can't add a response.
Sign in to add your message

Destination Focus: South Africa
What are you up to today.......
Norwegian Coastal Voyage
Question for Steve or anyone else who knows Malaysia