.
Las Vegas is well known as a destination where – if such things are to your liking – you can indulge in a few days of heavy gambling and partying.
But now it seems that visitors to Sin City will be able to try their hand at another, rather more dangerous pastime – shooting automatic weapons.
Before the year is out, America’s most notorious city will see the doors open on a club where guests will be allowed – and encouraged – to fire high-powered rifles. 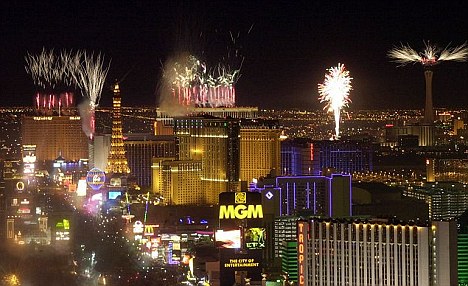 The brainchild of Genghis Cohen, the impresario behind Tabu, an infamous club at the city’s MGM Grand Hotel, Machine Guns Vegas is set to open on December 15.
Situated just behind the Mirage Hotel near the city’s central Strip, Las Vegas’s first ‘ultra gun lounge’ will glamourise the use of firearms.

Guests will be taught how to fire weapons by ‘stunning gun girls’.
’The world is now ready for a "Gun Lounge",’ Mr Cohen says. ‘Stunning "Gun-Girls" trained in gun-handling [will] look after VIP guests.’

Barrowman
Bedford
2 Posts
This thread is locked. This means you can't add a response.
Sign in to add your message