Just travelled transatlantic with BA with my 87 year old Mother in Law. BA were top class, helped me choose seats that were easiest for her to get in & out of, booked them at no extra charge. Arranged wheelchairs at both ends & generally showed a caring but not patronising attitude to her well being. So well done BA, you got my vote in the 50+ awards.

Looks like BA have also had a bit of a re-think about their BA Miles now that they’ve moved it to Avios. I have loads of Avios points but normally when I look at the taxes they want (even though the basic flight is free) I can get a cheaper flight elsewhere paying the whole lot. Now they’ve introduced Reward Flight Saver where you pay a flat £27 for European flights, instead of all the taxes & charges. I’ll be taking a closer look at this when I book my next trip.

Interestingly enough, BAs headline price is often a bit of a turn off BUT if you consider that you don’t have to pay for an allocated seat or extra for baggage or a snack on the plane, it starts to look better. They’ve also started doing some really good flight & hotel deals. Last year we went to Berlin & this year we’ve booked to got to Copenhagen. When you look at the combined price vs. booking the flight & a decent quality hotel separately it was a bargain.

Hi,
I never got a chance to fly with British Airways,I have traveled till today in whatever the airways or airlines.So,If i choose,then I would like to recommend Canadian Airlines.It is just the best.Great service….

Just came back with BA from Miami & they spotted that it was my wife’s birthday, so upgraded us to business class. Thanks BA, the flight home from a holiday is never a great experience but this one was the exception to the rule.

Whats the A380 like Richard? Never been on one. Only seen the videos. Anyone else been on one?

Superb in a nutshell.

Singapore Airlines give an excellent service at all levels.

Flown to Singapore and back in one twice now. On both occasions I was most pleasantly surprised at the speed with which the baggage is unloaded at Heathrow. Yes, Heathrow.

Whats the A380 like Richard? Never been on one. Only seen the videos. Anyone else been on one?

Who is your favourite scheduled airline. I have to admit that mine in British Airways. For some reason if something goes wrong I would feel happier with a BA pilot in charge. When it comes to Western airlines I think they are just a cut above the others. What do you think?

I’m with you there Alan, well I guess as my wife is a BA shareholder – now actually International Consolidated Airlines Group SA (IAG) – I would have to be.

Having said that I always use Singapore Airlines for my Far East Scuba diving trips. Around January each year Singapore Airlines take out many adverts in the quality national press with offers of flights beyond their Singapore hub. In May this year we used exactly that to get to Bali for me to get some diving in at the Tulamben wreck site. 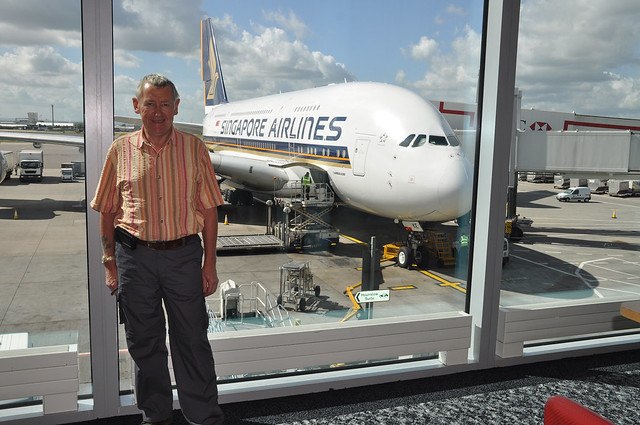 .
“Flying Coffins” are banned from landing in Europe

In 2006, the European Union banned 92 airlines, the vast majority of them from Africa. Declared unsafe according to international standards, they are not permitted to land at European airports. The EU created the blacklist in response to several fatal airline crashes in Greece, Italy, and Egypt in 2004 and 2005 and has since updated the list. As of July 2010, the list has grown to over 278 airlines.

I think you are correct. If they do not meet the CCA criteria and safety regulations they are not allowed in UK airspace. Each country has it’s own aviation authority but I am informed that the rules are basically all the same.

Fossil
London
13 Posts
This thread is locked. This means you can't add a response.
Sign in to add your message